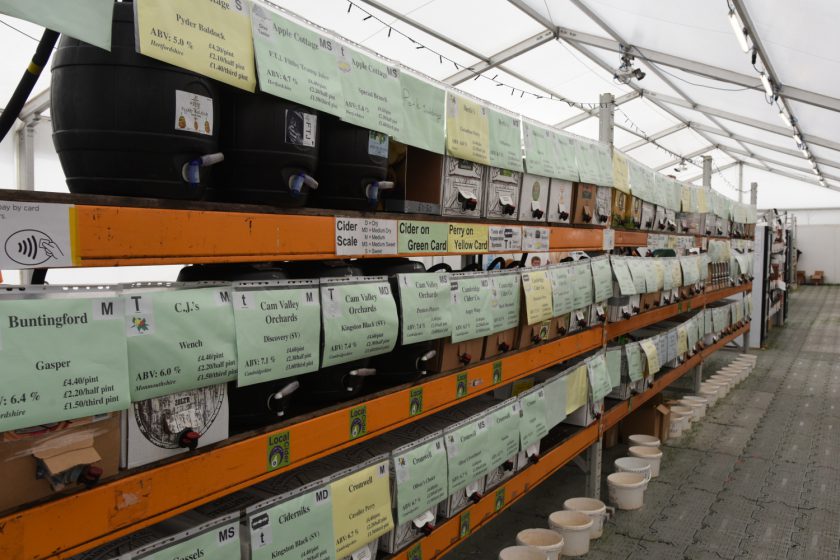 On Tuesday we held CAMRA’s Cambridgeshire Cider competition. 14 ciders, all made in Cambridgeshire, were considered by a panel of 16 judges. They assessed each cider on aroma, taste and personal enjoyment.

First prize was awarded to Gala, a single variety cider from Simon’s Cider, Great Cambourne. It’s a zingy, fruity, medium-sweet cider, great for easy drinking on a hot summer’s day (but do take it easy as it’s 6.0% abv).

Simon Gibson, owner of Simon’s Cider, says “I’m so pleased Gala has won this award. This single variety cider, made from only one type of apple, has such fantastic flavours.”

Gala is available at the festival until we close on Saturday. It will also go forward to the East Anglia cider competition, to be held at the Norwich beer festival in October.