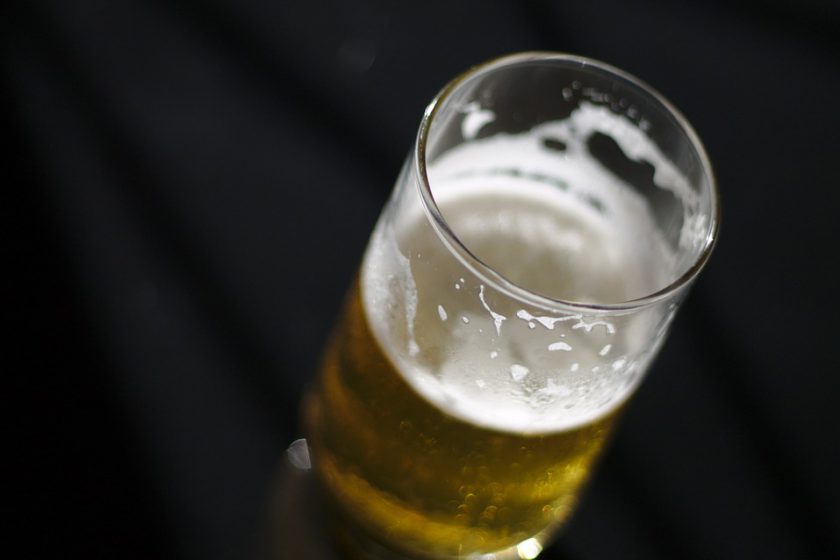 The full international beer list will be available in May.

We’ll have a great range of beers available both on draught and in bottles, showcasing a full range of beer styles available from outside the UK. Whether your palate runs to lager, trappist, geuze, rauchbier, saison, banging IPA, massive imperial stout, or just something completely different, we’ll have just the thing to tickle your tastebuds.

Don’t forget, you can get many of our beers from the Bacchanalia shops in Cambridge, or from Beers of Europe in Setchey, Norfolk.

To help find your way around our menus, here’s a handy list of beer terms, and what they might tell you about the nature of the beer.

abdijbier – A Belgian appellation, signifying beer brewed in the monastic tradition on behalf of a particular abbey. Styles range from easy drinking blond through dark, fruity dubbels to stong, spicy tripels and beyond. These are the beers most people mean when they talk about ‘Belgian beer’.

alt – German for ‘old’. Altbier is a style of ale that originated in the Dusseldorf area. These beers are generally a dark copper colour, and have a refreshing flavour with a mild fruitiness and a dry finish. The term indicates that this style of beer was around before the lagering process was invented.

dubbel – A style of Belgian abbey beer. Mid-strength (5.5–8.0%), rich and dark with a noticeable sweetness.

dunkel – German for ‘dark’. A lager or pilsner described as dunkel is dark brown, and generally less bitter and hoppy than the blond versions. They are still light and refreshing though, and quite different in character from British dark ales. A similar principle applies to dunkel weissbier.

faro – A lambic (see below) to which brown sugar has been added, which therefore tends to be sweeter in flavour.

framboise – French for ‘raspberry’, and may technically signify any beer that tastes of raspberry. At our bar, this will be a beer produced by steeping raspberries in casks of fermenting lambics (see below). These beautifully coloured beers can range from quite sweet to very tart and refreshing, and are consistently popular.

geuze – A blend of lambic beers (see below) of different ages. The blend generally gives the beer a more rounded flavour, though still crisp, tart and refreshing.

hefe – German for ‘yeast’. A ‘hefeweizen’ is a wheat beer that has not been filtered and therefore still contains the yeast, which gives the beer its naturally cloudy appearance.

hell – German for ‘light’, referring to the colour of the beer, which will be straw-coloured.

kellerbier – German for ‘cellar beer’. An unfiltered lager that is usually quite hoppy and aromatic.

Kölsch – A variety of beer from Köln (Cologne), where this style of beer originates. Blond, fizzy, easy-drinking and perennially popular. Though remarkably lagerish, it is top fermented so technically a pale ale.

kriek – Indicates a beer produced by steeping sour cherries in casks of fermenting lambic (see below). May range from fairly mellow to quite tart, and can often have notes of almond.

lambic/lambiek – Belgian wild beer, fermented using yeast present in the air, rather than added by the brewer. Brewers use old hops that still have their antiseptic qualities, but have lost much of their bitterness. The beer may be left to age for up to four years to allow the complexity of flavours to develop. The result is a sour beer that you should drink more like a wine than a beer.

rauchbier – Smoked beer, made with barley malt that has been dried over an open fire. Some of these beers have a very strong flavour, reminiscent of barbecued burgers or sausages. These beers have a dedicated and very enthusiastic group of fans.

saison – A style of beer that originates from the south of Belgium, and refers to a light, refreshing beer to be drunk in the summer. Saisons are pale in colour and generally quite lively. The flavour should always be crisp, but may range from dry and hoppy to sweet or even slightly sour.

Trappist – An originally Belgian appellation, indicating that Trappist monks brew the beer. Trappist breweries such as Rochefort and Orval provide some of Belgium’s most famous traditional beers. Trappist breweries now also exist in the Netherlands, Austria and USA.

tripel – A style of Belgian abbey beer. High in strength (8–9.5%) and blond in colour, with a deep flavour ranging from sweet to dry and hoppy, often featuring spicy or fruity notes.

weissbier/weizenbier – ‘Weizenbier’ translates from German as ‘wheat beer’. German weizenbier is made with at least 50% wheat. The term weissbier means ‘white beer’, which refers to the familiar pale yellow colour of wheat beers. However, there are also dunkelweizen, or dark wheat beers.

witbier – Flanders’ answer to ‘weissbier’ (see above), the Walloon equivalent being ‘blanche’. Both names mean ‘white’, referring to the universally pale colour of Belgian wheats. Belgian wheat beers are typically citrusy and may have hints of herby coriander. This is a very accessible, deliciously refreshing style of beer.

You’ll be able to peruse our full menu at the bar. We begin every session with a full selection of bottled beers, and with a range this good there’s no doubt you’ll find something to suit your palate. Draught beers rotate throughout the festival as we only have so many taps; check the signs behind the bar for current availability.