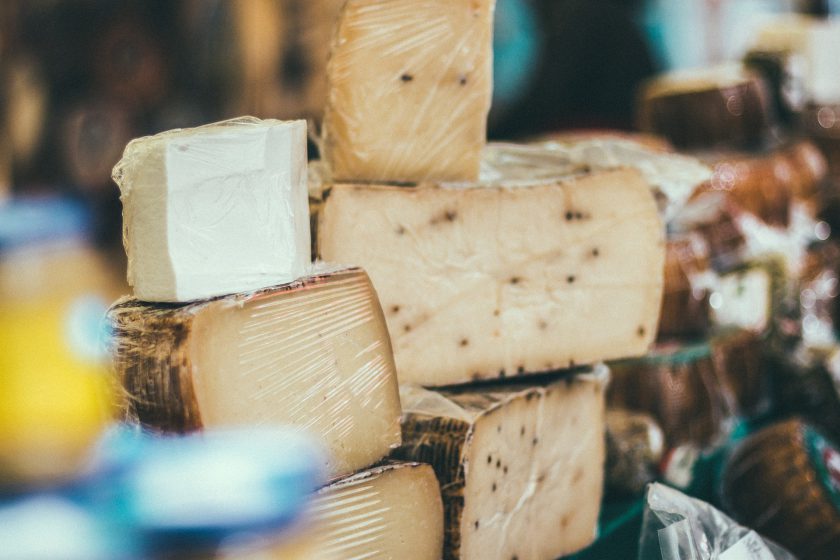 Are cheese and beer better together? Definitely. Roger Hart tells us why.

I know people who don’t drink much (or at all), but who come to the festival for the cheese counter. No wonder – it’s as carefully selected and interesting as the beer. But if you are drinking beer, here are a few complimentary cheese suggestions.

The simple creaminess of brie (and similar gooey but mild cheeses) should stand on its own. So a golden ale with a little fruit (maybe Moonshine’s Tranquillity, or Crafty Beer’s ever-popular Sauvignon Blonde) would go beautifully. You also wouldn’t go far wrong with a white stilton.

Get your goat. To be honest, goat’s cheese will go with anything hefty and complex: a big dry stout, Fat Cat’s DIPA or Fellows’ special this year: Dark Side of the Broon.

But hops can blast through subtle flavours, so this might be the place for cheeses with washed rinds. Stinking Bishop is a classic. Or you could double down on bitter: Hereford Hop is a semi-hard cheese with hops packed into the rind.

A well-made bitter is what many think of when you say “ale”, and cheddar is almost the same for cheese. They work together, too. With both, there aren’t any overpowering flavours, there is a little sharpness, and the craftsmanship is front and centre.

Try a pint of Wiper and True’s Equanimity or Lytham’s Lytham Royal with Wensleydale, or even a crumbly ewe’s cheese. Y Fenni is a classic Welsh cheese, made with beer and mustard, and it’s great with a robust bitter. Perhaps Grafton’s Apricot Jungle, at the fruitier end.

Stronger bitters, bests, and old ales will complement the smoked versions of similar cheese. Try Cambridge Brewing’s Old Ale, or a beer that’s smoked itself. Bexar County even have a Lapsang Souchong Stout this year.

A stout with a bit of sweetness just belongs with a nice salty blue. Something creamy like a Cambridge Blue, or a Dolcelatte will have the body to go with a big, hefty porter, or a sweeter stout. A really mature, crumbly stilton could overshoot here, but a milk stout will see you right. Peakstone’s Rock have one at the festival this year.

Milds are dark but easy-drinking, often with a touch of nut and caramel. Alpine-style semi-hard cheeses have softness and nuttiness to match. Both are subtle. The UK makes gruyere in Cheshire, or you really can’t beat a Cornish Yarg. Try Castor’s Castorware this year.

We can’t cover everything. What about wheat beers (I’d go brie), or cheeses with fruit? We have around 200 beers from the UK alone, and well over 50 cheeses. New cheeses will be available each day, and we do our best to keep as many of the beers on at once as possible, so there are plenty of chances to discover an exciting new pairing.